Since its debut in January 2013, The Americans has been one of my favorite shows. Of series that are currently still in production, it ranks fourth behind Game of Thrones, The Walking Dead, and Justified — and this first episode of the third season did not disappoint even though it’s mostly exposition to get us started (though there are also some resolutions of season two threads). A good drama needs to grab the audience with effective exposition and intriguing rising action, and in that way this season opener succeeds.

However, the series is not always perfect in its execution, as it has contained sporadic errors in verisimilitude — such as the FBI allowing their cars containing state-of-the-art espionage equipment to be serviced by downtown Washington DC auto mechanics businesses rather than by auto mechanics employed by the FBI (and located at guarded FBI facilities). When such sporadic errors in verisimilitude or historical accuracy occur, it is for the sake of driving the plot. It’s a flaw that bothers me when it happens, but it’s a rare event — and, overall, such flaws are greatly outweighed by everything the series does correctly.

While the series normally airs on Wednesday nights, the third season of the FX Network’s The Americans debuted on Saturday, January 28 with “EST Men.” As I prepared to write this review of the episode, I noticed something curious about the way the series is described on two separate Internet sites. The descriptions are nearly identical, so they were probably derived from the same source—and they both make the same mistake.

Both sites claim that protagonists Elizabeth (Keri Russell) and Philip (Matthew Rhys) “pose as a married couple.” However, that’s not true. Elizabeth and Philip are not “posing”; they actually are a married couple! Of course, their legal marriage was arranged by the Soviet KGB, but they have grown close over the years—though Elizabeth remains guarded in all of her interactions with others (including her husband).

I suspected the source for both summaries was the FX Network, so I went to the network’s Website expecting to see a concept summary claiming that the marriage is a pose. However, I was wrong (as I usually am when I make “predictions”). Instead, the FX Network’s summary of the series is completely accurate:

The Americans is a period drama about the complex marriage of two KGB spies posing as Americans in suburban Washington D.C. shortly after Ronald Reagan is elected President. The arranged marriage of Philip (Matthew Rhys) and Elizabeth Jennings (Keri Russell), who have two children—14-year-old Paige (Holly Taylor) and 12-year-old Henry (Keidrich Sellati), who know nothing about their parents’ true identity—grows more passionate and genuine by the day, but is constantly tested by the escalation of the Cold War and the intimate, dangerous and darkly funny relationships they must maintain with a network of spies and informants under their control.

The trickiest of Philip’s sources continues to be Martha (Alison Wright), the assistant to Special Agent Gaad (Richard Thomas).  In order to ensure her continued loyalty, Philip, in the guise of FBI bureaucrat “Clark,” one of his numerous cover identities, marries her. Things were going smoothly until Martha began pressuring Clark to start a family.

Philip and Elizabeth’s neighbor, FBI Agent Stan Beeman (Noah Emmerich), could also prove to be a threat.  When forced to choose between betraying his country or his KGB mistress and double-agent, Nina (Annet Mahendru), Stan chose the USA. Subsequently, Nina was sent back to Moscow to face charges of treason and possible execution.

Okay, that’s a better summary of the series than I initially found online—so if you haven’t been watching The Americans, the above three paragraphs cover enough to get you started. The series is a blend of episodic story lines (whatever Elizabeth and Philip’s mission is each week) and overarching story lines that focus on character development and personal interaction.

In “EST Men,” there are two espionage missions: Elizabeth must acquire a list of CIA operatives in Afghanistan from a disgruntled CIA employee, and Philip must meet with one of his “assets” — an American woman named Annalise (Gillian Alexy).

Annalise believes Philip is working for Swedish intelligence, and she agrees to help him by becoming  romantically involved with a Pakistani ISI agent named Yousaf Rana (Rahul Khanna) so that she could then gather information from Yousaf about the Mujahedeen — the insurgent group the Soviet Union fought in Afghanistan for a little more than nine years during the 1980s. I don’t recall why Annalise wants to help Swedish intelligence or why she believes they need this information.

Philip also needs to tell Annalise to step up the timetable, as the KGB bosses have been demanding more intel about Afghanistan because the United States is funding one of the two main factions of the Mujahedeen — the one that would eventually become Al-Qa’ida under the leadership of Osama bin Laden. The support that the US’s Reagan administration is providing to the Mujahedeen is threatening to turn Afghanistan into the Soviet Union’s version of Vietnam.

Of course, we know that is exactly what happened — the Soviet Union’s war in Afghanistan became analogous to the US’s war in Vietnam, but it also helped in destabilizing the Soviet Union to the point of its eventual collapse in 1991 (about two years after the USSR pulled out of Afghanistan).

Overall, The Americans is not a series with a main central plot around which each season revolves. It’s closer to being a soap opera (albeit a really well-written and well-acted soap opera) than it is to being an action-adventure espionage series. There is certainly violence and action in the series, but there is about an equal amount of material that addresses family dynamics, sexual predilections, and the emotional turmoil that comes from such dynamics and predilections. For instance, here is another passage that the FX Network has in summary of the series:

In addition to his rededication to his mission of uncovering the identities of Russian spies, Stan (Noah Emmerich) is also attempting to rebuild a relationship with his estranged wife, Sandra (Susan Misner).  Meanwhile, in the Jennings’ house, Philip and Elizabeth find themselves at odds over Paige’s (Holly Taylor) future now that the KGB has made it clear that they want her to join the family business.

So, yeah, the series is often about interpersonal relationships and the emotional complications of life — all couched within a Soviet-era espionage drama. It’s a fine mix of elements that the series has blended correctly in each of the first two seasons. Some episodes focus on interpersonal relationships while others focus on espionage and political intrigue, and it’s an ultimately perfect concoction at each season’s end.

Like the original 1950s film version of Invasion of the Body Snatchers, this series is also a metaphor for not truly knowing another person — not just not knowing a neighbor or a colleague, but also not truly knowing a member of your own family. It’s about the secrets we keep from each other and how those secrets are often in place for protection but how they can just as easily cause destruction in our lives.

In this latest episode, “EST Men,” Philip agrees to go with Stan to an Erhard Seminars Training (EST) meeting because Stan’s estranged wife, Sandra, became an EST enthusiast when she was trying to find a way to save her marriage (because Stan had been working undercover and had only had sporadic contact with his family before the series began).

It was at an EST meeting that Sandra met a man with whom she had an affair — causing her to eventually leave Stan. Now that Stan’s own “lover” (to use a term I hate, but what’s the better word?) has been charged with treason and sent back to Mother Russia to be executed, Stan seems to be attempting to reconnect with his wife — and he drags Philip along for support at the EST meeting.

EST was an actual self-help phenomena in the 1970s and 80s. I don’t know, though, if this episode accurately depicts what an EST meeting was like (it might, but it might not). Regardless, Stan accurately describes the meeting we see in this episode as “bullshit” — though he later tries to lie to Sandra by telling her that he got many useful ideas out of the meeting. However, Sandra correctly identifies Stan’s statement as bullshit.

So, yes, there is a lot of bullshit in this first new episode, but the episode itself is not bullshit. It’s a fine fusion of all of the various elements I enjoy in this series. 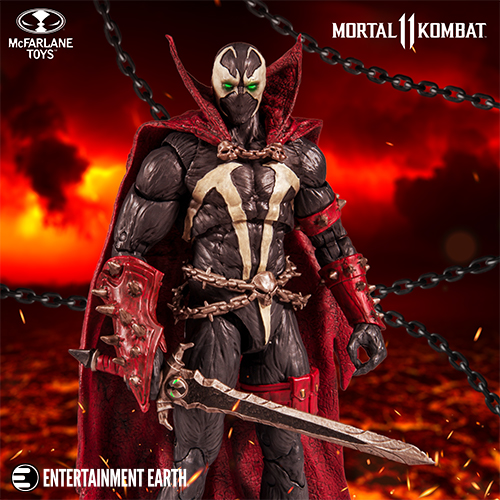