As most of you probably already know, Monday night saw the release of the full-length trailer for Star Wars: The Force Awakens (during half-time of Monday Night Football, proving once and for all that sports fans are simply geeky cosplayers at heart), so we rounded up three of our most distinctive voices (and Star Wars fans) to let you know what they thought of it.

And if you’ve somehow missed the trailer, here it is in all its glory.

These teasers keep getting better and better.

Although, I’m not sure about the new Darth Vader. He sounds like someone doing a bad James Earl Jones impression, and he looks like an Anteater. If he does turn out to eat ants, though, that would be really cool.

The story is very Campbellian. If that’s a word I just made up, then yay for me. What I’m referring to is that it takes place in a New Age that seems to hearken back to a lost era. That era being the original trilogy. I think most fans will really identify with that sentiment. It seems that the galaxy has again lost touch with the old ways of the force. Which is great as presents the opportunity for new characters to rediscover it. Maybe it will once again make The Force something mysterious, rather than just a collection of midichlorians.

Overall, once the theme swelled, and the x-wings were soaring, I felt that mix of old feelings rise up in me. Nostalgia, excitement, and a physical reaction that’s a little personal and I won’t mention here.

I don’t know about the new catch phrase, though.

Hm. Not sure about that. Let’s just stick with May the Force Be With You. If it ain’t broke, don’t force it.

I don’t watch football, I usually couldn’t care less. When it comes to anything football, I usually just call my younger brother. He played through college and is currently a sports producer for a local station in Atlanta. Monday night was one of those times where I not only needed his knowledge of the sport, but of how it’s usually handled on television. There was no way I was going to be able (or willing) to sit through the first half. I needed to know the best time to tune in to ESPN so I could see the new Star Wars: The Force Awakens trailer. He said that it should air around 9:38 PM EDT, so tune in at 9:30 PM EDT to be safe.

Funny enough, I normally don’t care about catching these kind of events as they happen. It’s pretty much expected that trailers are online within minutes of their initial broadcast. However, I knew that tickets to a special event at Disney’s Hollywood Studios were going on sale the moment the trailer ended. Therefore, I needed to have my browser at the ready, which meant tuning in live.

My brother’s recommendation was pretty much spot on. I tuned in just after 9:30, and after some penalties and rambling by Chris Berman, the trailer began. Suddenly, any thoughts regarding tickets for any event disappeared, I closed my laptop and just stared wide-eyed at the screen. At some point around 9:15 I found myself swept up in the same hype, excitement and joy that seemed to infect my friends as we all coordinated on social media. It only took a few seconds of the trailer for hype hit me square in the feels. My arms shot up in jubilation.

With my arms still extended (I wouldn’t have been able to put them down if I had tried) tears of joy began streaming down my face. I was sobbing uncontrollably.

I can’t wait until December.

By now, if you haven’t seen the new trailer, it’s time to jump on the wifi, Van Winkle. I watched it. And then I watched it again. The second time, I think I allowed myself to breathe. The third time I felt like the six year old in Cookie Monster footie pajamas sitting in the back seat of his dad’s Buick Skylark in the summer of 1977 struck with awe at the enormity of what he was seeing on that drive-in movie screen. The fourth time that slightly cynical grownup inside reared his ugly head and I realized something that made my heart sink (but in the most titillating way possible). Being a meticulous spoiler avoider, I worry that this detail will be met with a resounding “well, duh,” but it’s my impression. My eschewal of spoilers in no way precludes my love of fan speculation.

So I’m watching the trailer, just as I’ve watched the teasers leading up to it. We’ve seen Han. We’ve seen Chewie. This time we see an anguished Leia falling into Han’s arms. We see a dark-cloaked figure reach out a mechanical hand to R2 (hey, where’s C3PO? We can’t have Laurel without Hardy. We can’t have Martin without Lewis). But Goldenrod’s absence isn’t what’s troubling me. He’ll turn up. In fact, I seem to remember his appearance in one of the teasers. No, I’m wondering where Luke is. And who’s that guy with the wicked and decidedly sithy-looking lightsaber? And then he’s talking to Vader’s helmet. Waaaaait a minute. No. No no no. Gonna pretend I didn’t think about that possibility and move on.

One thing that JJ Abrams does better than just about anyone out there today is scale. Sure, he can bring the story down to a character-specific level, but when he gets big, he blows my somewhat agoraphobic mind with the kind of dizzying scale he so casually establishes. Watching one of his movies is like watching a James Cameron movie, except with plot and three-dimensional characters. Even more than the original trilogy, this trailer shows how small even the scrappiest denizen of an outer rim planet must feel compared to the massive totality of this galaxy far, far away. The salvage mission inside the fallen Imperial Destroyer alone has me giddy with anticipation. It looks like it’s going to be a character-driven, action-packed ride. And the actors look to be prepared to perform. I’m worried about the lack of lightsaber action in the trailer, but I recognize Abram’s appreciation for the franchise to be enough that he won’t let us have a film without at least one epic lightsaber battle. Heck, even Phantom Menace gave us the Darth Maul battle, right? 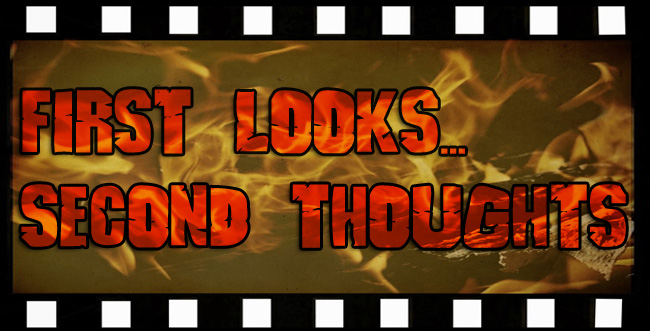