Welcome back to Unnatural Selections, the seventh or maybe eighth most popular column on the site. Sharksmas went over better than expected so that will definitely be returning this year.

For the first review of 2017, I felt we should get back to our roots. For those that haven’t followed this column from the start (and I don’t have nearly the hubris to assume such) the first Unnatural Selections review was Grizzly Rage, a very mediocre and meandering movie starring a toxic waste super bear. Maneater (film not the series) was the third movie in a series and tried to reign in things a bit with a more natural creature, a Bengal tiger. This is likely due to the film being adapted from a book, though from what I hear, it is a poor adaptation indeed.

And once again we have a Jaws envy movie, right down to its very own version of Quint. But it isn’t merely a Jaws clone. Perhaps it would be better if it hadn’t tried to change things up. So how does this straight-man movie about a killer tiger begin? Some guy transporting a live black market tiger and is suddenly forced to swerve around a sleepwalking child (Ty Wood). There are no ditches or inclines and they seem to be beside a cornfield, but whatever. The driver swerves and the truck crashes on its side and the tiger escapes. Opening kill time. The driver is so gonna get muncha. Right?

Nope. The tiger faces the kid like he has an appointment and crashed trucks is how he normally travels. Or maybe he’s going to tell young Donnie Darko that the world will end in 28 days-06 hours-42 minutes and 12 seconds.

Whoever thought this was a great shot was mistaken. Also, CG tiger is CG.

This sets up the seemingly mystical connection the tiger and the kid share. No, I’m not being a smartass here. This tiger, who in every appearance in the film mauls first and asks questions never, does not chow down on veal human because they share a connection. The kid at one point even has a psychic premonition about the tiger. So this is a Jaws rip-off blended with a kid and his ‘thing’ movie. And here’s the thing– it wouldn’t be hard to recut this as a movie about a kid trying to save a tiger. I believe my favorite scene is when the kid shows his friend the tiger, and they actually have a long shot of the friend running away while screaming. You could insert a laugh track there without it being out of place.

Again, this is a series about humans being dropped a few rungs on the food chain. The tagline for this series was “prey for a quick death.” Don’t get me wrong here. Horror and comedy can make great partners. If used properly, humor can lead the viewer to relax before ramping up horror again. Or it can be used to make characters likable and therefore empathetic. This movie is not funny unless you want to count ironically.

And speaking of characters, this bunch is slightly better than Grizzly Rage, in that I could actually tell them apart. And yes, I honestly got the guys from that movie confused more than once. The exception here is Gary Busey, whom I will get to momentarily. The other characters are so stock you expect to see a watermark on them somewhere. The army guys are incompetent. The rednecks are incompetent. The great white hunter (Ian D. Clark) is semi-competent. But he is such an English stereotype that he bordered on cartoonish. Again, not any funny moments. Just a lazily written character. He’s the Quint character I mentioned earlier. So not only a stereotype but also a stock character. Lovely.

And of course, there’s a “big” festival that the mayor simply refuses to shut down even though several people have been killed. Actually, the parade scene did get a laugh out of me. These extras were clearly working for a check. They look about as enthused for the parade as I was for this movie’s predictable ending.

But wait, it’s not all salt and tears in here. If I was going to give this movie a recommendation (I’m not) it would be purely for Gary Busey. He acted the hell out of his scenes. He acted so hard that I assumed he had some stake in this thing. Like he directed or produced or something. As far as I can find– no. He was just acting for the back row. And for that, I thank him. Because otherwise, I probably would not have bothered finishing this. I did feel bad for him, though. His suits were too tight in the middle and looked off the rack. In one scene he had to hold his back to bend over even though there was no reason in the movie for his back to be hurt. I think he was just aching from the work day. And you can hear him pausing for breath between his longer lines. I am not knocking Mr. Busey for being older or slightly out of shape. I am commending the man for giving his best effort in a movie that couldn’t even afford fitting coats for their lead.

I can also say this movie has some decent practical effects and even a live tiger for some scenes, but unfortunately, it is not enough to redeem it. I really do feel bad for Gary and wish I could recommend this just to justify him giving a shit, but I cannot. The kills are tame and largely off-screen, the atmosphere is all over the place and tension is nonexistent. This was more entertaining than Grizzly Rage, but still far from what I would call good. 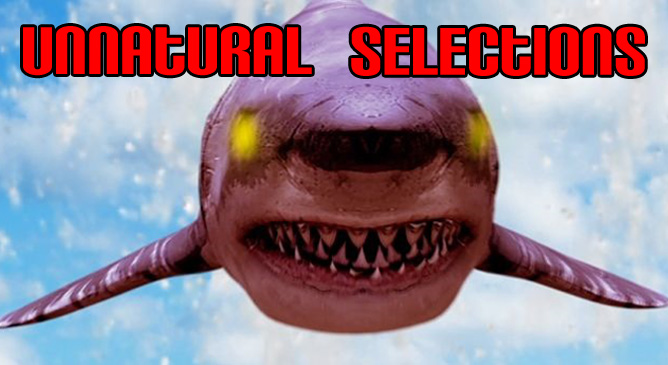