The simple algebra for Blade Runner Black Out 2022 is that it’s to Blade Runner and Blade Runner 2049 as an episode of The Animatrix was to The Matrix generally — a short film that provides background detail about a pivotal event in the Runner-verse, one presumably to be expanded on when 2049 fills theaters in a couple of weeks. It’s beautifully animated, although it is designed less to tell a story than illustrate a vignette. But it’s most significant as an example of how tentpole entertainments, especially SF/fantasy creations set in extended universes, are more than ever multimedia. That term that seemed already hoary and shopworn by the year 2000, but it’s the best word to describe what’s going on here.

Blackout is set a few years after the events of the first Blade Runner film, with the Tyrell Corporation having unveiled a new variety of Replicant that inspires a violent human backlash. Two Replicants–the bruiser-ish Iggy and the little-lost-girl Trixie–are part of a plot by Replicant-kind to strike back. There’s not much more to the story than that, but again, the point here is less to tell an actual story than to fill in a piece of background on the Runner-verse.

In theory, you could do all that by way of a title card. But it wouldn’t be anywhere nearly as classy or compelling as this. 2049 director Denis Villeneuve drafted director Shinichiro Watanabe, character designer Shukou Murase, and a slew of other A-list anime talent to bring the moment to animated life. The resulting production is short but gorgeous — all glistening cityscapes, looming Gothic industrial wastelands and saturated neon colors. Everything from the design of the opening and closing credits to the specific graphics on specific screens are stroke-for-stroke identical to the original. A key supporting character from the original also makes a reappearance, right down to being voiced by the same actor (no, it’s not Deckard). And Trixie’s battle-dance moves are reminiscent of Priss, but the freedom provided by animation allows her fight scenes to be wild and uninhibited in a way that live action would have a harder time being convincing with.

A project like this also makes a kind of larger thematic-aesthetic sense. Blade Runner had an outsized impact on anime; everything from Ghost In The Shell to Bubblegum Crisis would simply not exist without it. They paid back the homage back both directly and indirectly, in some cases (Shell) the homage becoming as much of a milestone as the inspiration. But I sometimes wondered if there would ever come an opportunity for an homage that was fully sanctioned — e.g., maybe an anime adaptation of the comic adaptation of Do Androids Dream Of Electric Sheep?, the Philip K. Dick novel that was Blade Runner‘s source material. Blackout does that job, and its mere existence also opens up the possibility that Warner Brothers wanted to see if there would be room for a full-blown Animatrix-style anthology for 2049, with this to test audience interest.

For me, outside of the Blade Runner mythology, the most crucial thing about Blackout is how it works as part of the way A-list cultural properties make aggressive use of additional material — trailers, YouTube clips, Entertainment Weekly specials — to expand their storytelling. It’s become easier than ever to use shorthand or compressed storytelling in popular culture this way; everything that is not the absolute core of the story itself can be spun off, set aside, turned into a multimedia footnote. The completist fans can zero in on that material if they want; the casual viewer can set it aside. It’s not a new concept, as novelizations or other tie-ins have been serving much of that function for a long time. What’s new is how we have that many more media available to serve such functions, in part because we have that many more media, period: video games, webcomics, streaming video, etc.

I suspect a big reason anime was pressed into such a service for Blade Runner (and The Matrix before it) was the likelihood that fans of those properties would also be anime fans and vice versa. It isn’t a given this technique will work for most anything with a fantastic bent since anime fandom still tends to be a self-selecting niche. To that end, Blackout‘s connections with anime seem mostly about the lineage of its creators and the branding of its delivery. The label is optional. But when the end result is something this classy (even if also limited), everyone involved comes off all the better for it.

This article was originally published on Ganriki. 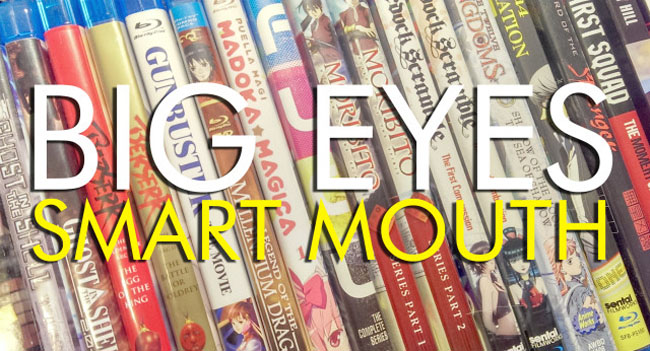