For the first time in maybe forever, for their next live-action attempt at greatness Marvel hired a writer who had actually been totally immersed in genre work. And in 1998, David S. Goyer had three screenplays produced, two of which were great (Dark City and Blade). The third, however, was for Nick Fury: Agent of S.H.I.E.L.D., and is an unmitigated disaster.

As I’m sure you all know, Goyer would go on to write all three Blade films, as well as Batman Begins and he would contribute to The Dark Knight. He was also responsible for the original script for Ghost Rider: Spirit of Vengeance and scripted Man of Steel while running his own TV show, Da Vinci’s Demons. He’s also got his hand firmly in the new Constantine TV series and Batman v Superman: Dawn of Justice. All in all, it’s a solid track record for making money despite the occasional critical nitpick.

On paper, this TV movie is like a dream come true as Fury is drawn out of retirement to take on HYDRA and stop them from releasing the Death’s Head virus in Manhattan. And for the most part, Nick Fury is a fairly accurate approximation of the comic’s version of the character. He’s a badass old soldier and walking PR nightmare who doesn’t get along with the suits in charge. He’s surrounded by friends and allies straight from the comics: Dum Dum Dugan, Gabe, and Contessa. There are even L.M.D.s and Helicarriers, and he’s going up against Hydra and Baron Strucker and his kids. Arnim Zola is even in there, too!

And then there’s David Hasselhoff.

The Hoff actually looks the part. He’s big and scowly. He chomps on the cigar like a champion. But then he opens his mouth and is just awful as he spouts lines that apparently can only work on the comics page. When spoken by a human being in what are supposed to be life or death situations they become trite and cartoonish. His performance single-handedly scuttles this production for me.

Or is it the production that scuttles the Hoff? According to an interview with Goyer in Revolution SF, the script, written a few years earlier, was intended to be a tongue-in-cheek approach to the character, and the Hoff was the only person in the cast playing it as intended.

After sitting through this movie a couple of times, I can almost see what Goyer means, and that’s one explanation for why it all just falls apart. It should at least be entertaining. I mean, if something as poorly actualized as Generation X can capture the right mood and create a textured world that could support its story, how can Nick Fury just not work at all?

This film is actually best enjoyed in snippets as all of the best elements are stylistic and are pulled off much better in Goyer’s other two ’98 films. The leather-clad anti-hero look works better with Blade, and the pale, bald henchmen actually make sense lurking around in Dark City. As in Generation X and Trial of the Incredible Hulk, the film draws to a conclusion as open-endedly as possible with Viper escaping with the frozen body of her father, who is reawakened in an epilogue wearing a super snazzy bow tie before bow ties were cool.

That actually makes some sort of sense, because I’m sure this sounded like a winner from the very beginning – and looking at the success that Marvel Studios has had with a lot of similar ideas over the past few years, there’s clearly something to this formula that was either mishandled by the network or the talent. Hasselhoff was still a recognizable name that should have drawn viewers, but he was coming to the end of his run on Baywatch and Baywatch Nights really wasn’t striking gold. Ultimately, the kitsch-factor of his casting probably played as much a part as his ham-handed performance did in Nick Fury not getting picked up.

Somehow, Goyer and yeoman TV director Rod Hardy managed to suck all the fun out of super spies while still working in just about every cliché that is humanly possible. The characters are only interesting because of their names and their comic histories. The action is poorly orchestrated and worse, just boring.

Strangely, while Goyer’s script falls flat here, Blade, which employs many of the same stylistic elements and dialogue quirks, works much better. I guess that’s what happens when you spend the money on a director with a vision and actors who aren’t just collecting paychecks. As such, Nick Fury serves as a capstone to Marvel’s failures on television (until the 2006 Blade TV series, anyway, which also had Goyer’s hands all over it), but launches them into movie theaters with nary a look back. 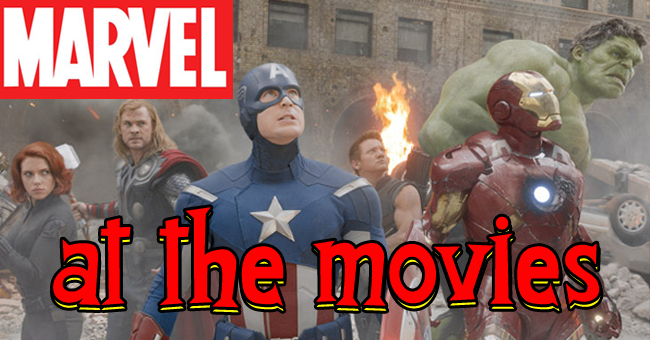