It’s that time of year again! Time to celebrate the Resurrection with a weeklong plunge into all things zombie! Here’s the history: In 2008, Dr. Girlfriend and I decided to spend a week or so each year marathoning through zombie films that we’d never seen before, and I would blog short reviews. And simple as that, the Easter Zombie Movie Marathon was born.

In a nice change of pace from all the supernatural zombie shenanigans of Lucio Fulci’s Gate of Hell series, the 2022 Easter Zombie Movie Marathon shifts gears and heads to South Korea for one of the most exciting new zombie TV shows of the past few years. All of Us Are Dead is a twelve-episode live-action series based on a Korean webtoon about a zombie outbreak in a high school and how it spirals out of control. Each episode runs around an hour, with most going five to ten minutes over that.

The high school setting is ripe for exploitation, allowing for a large cast, a fantastic setting that allows for a variety of potential problems and temporary solutions, and all of the melodrama you can throw teen hormones at. And All of Us Are Dead packs a ton of story and emotion into every episode – sometimes to the point of being exhausting. At the same time, it is never confusing, maintaining a number of different storylines, each with their own dramatic twists and turns, culminating in perfectly executed cliffhanger endings.

Having reached the halfway point of the first season, I don’t want to project too much about where I think the stories are heading, but I will say that every episode so far has had me on the edge of my seat and sometimes on the verge of tears. We are introduced to characters that fulfill some of your standard high school stereotypes, but most of the characters are provided with many moments to shine, particularly Park Ji-hu as Nam On-jo and Yoon Chan-young as Lee Cheong-san, her childhood friend (and potential love interest).

The action is fantastic and frenetic, with the infected twitching and contorting violently a la Train to Busan. Nearly every episode features a spotlight action sequence that would make Jackie Chan proud – most notably so far is the opening outbreak in the lunchroom and the fight between the villainous Yoon Gwi-nam (Yoo In-soo) and Cheong-san in a zombie-filled library. The physicality of the young protagonists, as well as those playing the undead, is impressive as hell. The gore is mostly the buckets of blood type with the occasional graphic biting and tearing of flesh, but so far there have only been a few instances of truly wince-inducing splatter.

I’d almost go so far as to say that the emotional violence is more affecting than the physical, as we touch on your standard high school drama, cliques, peer pressure, earth-shattering love, bullying, teen pregnancy, and the pressures of deciding one’s future. And that’s literally in just the first episode. Once the zombie carnage starts, then we get a TON of existential angst (magnified through the teenage lens), heroic sacrifices, murderous betrayals, and dealing with the reality of death and loss. Then the story expands to include the politics and social life of the city of Hyosan. There’s so much stuff going on in every episode that it’s easy to forget that even though we’re six episodes in, only a day and a night have passed in the narrative.

But the series isn’t all doom and gloom. There is a surprising amount of humor in the show, ranging from poop jokes to slapstick gore. For example, Episode 4 gives us a running storyline about a vlogger called Orangibberish (Lee Si-hoon) who sneaks into town to livestream the zombie apocalypse and quickly realizes that he’s in over his head, particularly when he tries to hide out overnight in a seemingly abandoned school. And the cliffhanger to Episode 5 threw a sci-fi twist into the story that took me completely by surprise and the way it plays out in Episode 6 opens up another whole new way of approaching the standard zombie narrative.

There are those who wail and moan about zombie movies and TV shows, complaining that they’re all the same and nothing new is ever done. Those people are up their own asses. Just like your standard cop/lawyer/doctor/FBI shows, it’s not the genre that’s worn out, it’s the imaginations of the creators. All of Us Are Dead proves that even though some audiences might be tired of zombies, with enough creative talent there are always opportunities to tell compelling and entertaining stories. This is especially true against the backdrop of pending apocalypse. 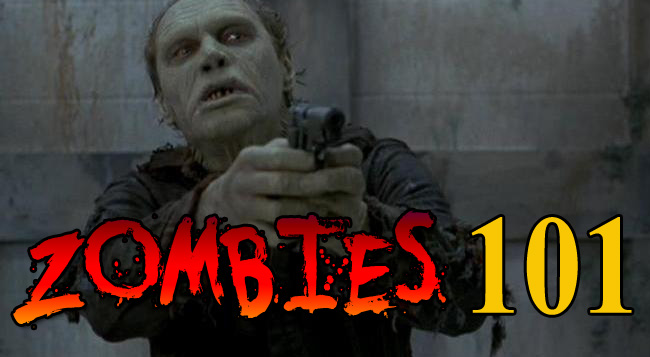