I know that I watched this special before, way back in 1995 when it originally aired. I have the dusty VHS that I used to tape it when it was on television the first time to prove it. I just could not remember a darn thing about it and it did not make it into my yearly obsessive Christmas special marathon. As I watched it again this year after all this time, I can see why. There is nothing really bad about this show, but there is not anything extraordinarily great about it either. It is a cute, short show, but is forgettable, despite having the deck stacked in its favor. It had a one of my favorite Muppet directors (Jon Stone), wonderful Muppet performers, a great story, and an all-star cast. What a shame!

Mr. Willowby’s Christmas Tree is a short special that was based on Robert Barry’s 1963 book of the same name. A family of mice that live in Mr. Willowby’s mansion set out to cut down the perfect tree. Father Mouse (Kevin Clash) and his children Ned Mouse (David Rudman) and Beverly Mouse (Julianne Buescher) go on an adventure to find the perfect Christmas tree. They have spotted and climbed the perfect tree and just as Father Mouse is about to start cutting it down, a group of lumberjacks beat him to it! The mouse family holds on tight as they are carried away in the tree back to Mr. Willowby’s home.

The tree is just a little too tall. Mr. Willowby (Robert Downey Jr.) instructs his loyal and very serious butler, Baxter (Leslie Nielsen), to cut the excess portion and deliver it to his upstairs maid, Miss Adelaide (Stockard Channing). Miss Adelaide loves the tree, but it is just a little too tall for her liking, too. She cuts the top off and throws it out. A bear cub who is also searching for the perfect tree, finds the portion that has been thrown out and brings it home. His family thinks it is perfect too, but just slightly too tall. The cut another portion from the top and toss the excess out.

This entire time, the mouse family has held on tightly to their tree and is subsequently tossed out unnoticed along with each excess portion. Then, an owl swoops down and picks up the tree! The owls seem to like the tree as well, but trim a portion off and toss it out of their nest. The mice still have their tree and it is now the perfect size for their home! They carry it home and trim it as Mr. Willowby hosts an extravagant Christmas ball.

As this was filmed and aired before Disney purchased the rights to the principal Muppet characters, Kermit the Frog appears at the beginning and end of the special just as he did with The Frog Prince, The Muppet Musicians of Bremen, and Emmett Otter’s Jug-band Christmas which were all also based on fables and books. Kermit works as a great host for these specials because his face has become a trademark of the brand of the Muppets. Just like Mickey’s face symbolizes Disney and the golden arches signal that a McDonald’s is at the next Interstate exit. Kermit’s infamous mug alerts the viewer that they are in for a real treat, a Muppet special or movie is about to start.

Jim Henson would introduce each episode of The Jim Henson Hour, much like Walt Disney had introduced each episode of The Wonderful World of Disney. By using Kermit to introduce the specials, he became an extension of Henson to the audience. By 1995, Henson had died, leaving the future of the Muppets up in the air. By continuing the tradition of Kermit introducing the special, though now performed by Steve Whitmire, it added a warm familiar feeling to a new story and new characters.

Kermit is not the only familiar Muppet in this special. Some of the mice family members were also featured in A Muppet Christmas Carol. The puppet used for Beth Bear and another bear puppet from Muppets Take Manhattan make an appearance. Later on, the latter bear puppet would become Bobo the Bear which was featured in Muppets Tonight, Muppets from Space, and now is a mainstay Muppet character. Owl puppets that would later be used for Hilary the Owl and Timothy the Owl in Jim Henson’s Animal Show were also used in this feature.

This special could have benefitted greatly if it were just a little bit longer. If the running time had been extended to 45 minutes or 60 minutes, then the writers could have expanded the story and added more depth to the characters. The writers had already added portions that were not included in the original children’s book, but it seemed incredibly rushed. For instance, Mr. Willowby is supposed to be an eccentric, but jovial millionaire who loves Christmas. He speaks in broken Dr. Seussian and just when you are getting used to it, his portion of the story is mostly over. Instead of being lovably eccentric, Mr. Willowby seems frighteningly manic. Of course, Robert Downey, Jr. was at the height of his drug abuse at this time. A young, cracked out actor probably was not the best casting choice for a warm, sentimental Christmas special.

Another addition is a possible love interest. Mr. Willowby sets out to become a Christmas matchmaker when he sends Baxter upstairs to bring poor lonely Miss Adelaide a portion of the Christmas tree. Nielson delivers a wonderful performance as a stiff butler, but adds the perfect hint of slapstick in to keep the movie light. When Miss Adelaide appears on screen, you are expecting an old spinster woman, but get a still-pretty-hot-for-her-age-Rizzo instead. Channing’s performance is the perfect match for Nielson. Although their screen time is limited, you still want them to fall in love or share a peck under the mistletoe! Just a couple more scenes, and this special could have become more memorable instead of a brief footnote.

The mouse family, the owls, and the bears are delightful and fun. The owls provide just enough danger to make you fear for the mice family. The owls overall are unintentionally creepy. They do not speak, but sing their version of “The Perfect Tree” in a weird high pitch. It is odd and does not match the tone of the rest of special. I think I was just as relieved as the mouse family when their scene was over!

Overall, the special is cute and fun. It also adds to the central Henson/Muppet theme of a worldwide community as the mouse family get to see first-hand how different species each celebrate holidays in their own way. As they watch silently, the mouse family are intrigued at the differences and similarities in the celebrations. This serves as a metaphor of different cultures celebrating holidays and traditions in their own special ways. As silent observers, we can learn and respect our differences while noting our similarities without encroaching upon or the westernization of other cultures.

This special had so much promise, but if it had just been afforded a little more time, it could have easily become a timeless classic. All of the ingredients were there, but the measurements were off. It has only been commercially released once on DVD in Portugal, but it is quite rare. Songwriters Patty and Michael Silversher were nominated for an Emmy for the song “The Perfect Tree” which recurs throughout the special and is currently stuck in my head! I give this special 3 out of 5 rubber chickens! 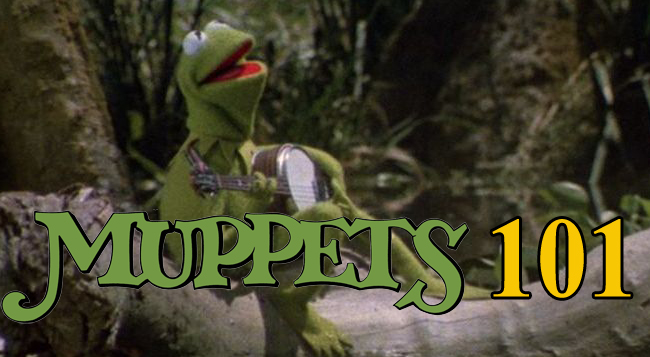