Warning: A non-numeric value encountered in /home/psychodr/public_html/wp/wp-content/themes/valenti/library/core.php on line 1104


Being American, I have very little nostalgia for Tintin.  I never read the books growing up, never watched the cartoon series.  Over the years I have picked a few books up and learned to love Belgian artist Herge’s most famous creation, but I am watching these episodes of The Adventures of Tintin for the first time.

Obviously, it is the big-budget The Adventures of Tintin (which I also haven’t seen) that prompted the release of these season box-sets of the 1991 Canadian production.  Despite their worldwide popularity, adaptations of Tintin are fairly rare.  The only previous series was a 1960 Belgian animation Hergé’s Adventures of Tintin that is somewhat despised for re-writing and re-working Herge’s stories.  By contrast, this Canadian series is said to be so faithful to the source material that the animators actually transposed pages from the book directly onto the screen.  There were a few cuts made here and there—mostly cutting down on Captain Haddock’s taste for whiskey or softening the violence and death—but even then these cartoons have a harder edge than your average American animation from the same era.

Even if you know nothing about Tintin these stories are still good fun.  You will soon become familiar with the characters; Tintin himself is a brave boy adventurer in the tradition of Johnny Quest and Rusty Venture. Tintin never really steals the show or makes himself the star, but is instead a somewhat blank character that allows all of the wild personalities around him to shine. Thomson and Thompson, the two bumbling yet oblivious detectives, were my favorites in the series.  They could always be counted on to do something ridiculous to get the story moving. Captain Haddock and Professor Calculus were excellent when played off of each other.

There are thirteen episodes in all, most of which are two-parters telling a continued story over two episodes.

I can’t say that I really had a favorite episode; I loved them all.  Everyone is a classic adventure tale, taking Tintin all over the world.  I am a sucker for desert adventures, so seeing Tintin in full Bedouin garb for Land of the Black Gold was cool. The stories don’t follow the order that Herge wrote them in, which means you get the cynical Tintin of later episodes like Tintin and the Picaros mixed with the young fresh Tintin of The Broken Ear.  Even though I haven’t read all of the books, I noticed the difference in characterization—Tintin refusing an adventure? Unheard of!  It wasn’t until I read a bit more about Tintin that I knew that his personality changed over time.

The one complaint I have is that these DVDs are completely barebones.  There is nothing here but the episodes.  I realize that these were probably made for a quick sale to capture parents whose kids enjoyed the movie, but a bit about the original books, or something about Herge himself, would have been appreciated.

I never watched these as a kid—and to be honest, I wasn’t what people would call a “kid” in 1991 when they were originally released—but I am watching them all as an adult.  There are three seasons in all, for a total of 39 episodes, and you can bet that all three box-sets are going to be in my collection. 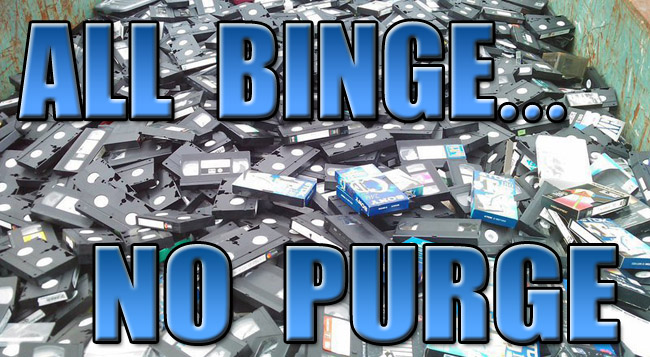