Comedy’s hard. Not just because getting laughs naturally is a skill few people develop well, but because the best comedies look at our condition (boy, is it screwed up) and have something to say about it (laugh, ’cause you might as well). That’s hard enough to do with a straight face; to do it with a grin is an order of magnitude tougher. Yūzō Kawashima‘s Bakumatsu Taiyōden starts and ends as effortless entertainment, a breezy and bracing comedy exuding endless energy. It’s also a cross-section of Japanese society in the years before the Meiji Restoration, and ultimately the kind of social commentary by proxy that all the best comedies manage to have in their blood. But it never forces the points it’s trying to make. It slips all it wisdom in under the door and between the laughs.

He came to visit, and ended up staying

Most people come to the Sagami-ya, a brothel in Edo’s red-light district, to get away from their problems. Saheiji (legendary comedian and actor Frankie Sakai) comes there one night to live it up with his cronies, only to discover he’s flat broke and doesn’t know where his buddies have absconded to. After some lying and stalling, enough to wring an extra day or so of food and bathing and sleep out of the place, he comes clean. But Saheiji is that much cannier, craftier, and faster-moving than the management or his competition. His plan is to camp out in a disused storeroom under the stairs, work off his debt, and see what other goodies and favors he can pocket along the way.

Saheiji has no shortage of other peoples’ lives to stick his hands into the pockets of. The Sagami-ya is a bustling nexus of humanity: ne’er-do-wells that make Saheiji look downright upright; anti-Western insurrectionists; hapless working stiffs and goofballs and just plain folks. Manga fans may be reminded of Rumiko Takahashi‘s Maison Ikkoku, with its gallery of oddballs all barging into and out of each others’ lives and rooms. Saheiji touches — sometimes barrels into — the lives of an equally diverse lot: the cadre of samurai plotting to blow up the foreign quarters in town; the maid in the kitchen whose despondent carpenter father is considering selling her into prostitution; the prodigal son who seems determined to waste his life as cheerily as possible.

As with any house like this, there’s endless rivalry between the top two geisha, Osome (Sachiko Hidari) and Koharu (Yōko Minamida), but this isn’t a case of fallen purity versus cynical evil. Both of them are haughty and grasping, just in different ways, and to great comic effect: Koharu tricks both a father and son into signing wedding pledges to her; Osome tries to indulge in a love suicide with a poxy dealer in dirty books. Neither one ends well, but the movie regards them both with affection and not contempt — especially through the way Saheiji winds up becoming instrumental in helping both of them out. (Although the way that happens, especially in Kokaru’s case, is itself a laugh riot.)

It’s one damn thing after another in this place

At first the film seems plotless, although not aimless. One thing follows another, with Saheiji serving as the most consistent axis around which everything else revolves. The, gradually, threads accrue. The cadre of samurai insurgents enlist Saheiji into their plan against his will. Saheiji intervenes to help Osome and Koharu work out their problems, even if they are largely of their own making. And he also does his best to help the carpenter’s daughter get out of a bad situation, although the way he does it is also questionable — and from what we can see, the girl may end up only marginally better off.

Even when Saheiji helps others, it’s in a mercenary way. Not because he’s a bad person, but because his view of life is entirely opportunistic and transactional. He’s able to hide it behind a façade of good fun and even genuinely good deeds, but as the stakes of his involvement grow ever more precarious, it becomes all the clearer he is only willing to put so much on the line for others. Maybe that’s just a product of the environment he moves through, where everyone else deals under the table; why shouldn’t he do it, too?

But two other things, woven through the film and made clearer over time, throw some more perspective onto Saheiji’s swindle-’em-with-a-smile mindset. One is the growing turbulence of the times. Japan was on the verge of a social upheaval that would transform it from an isolated feudal kingdom to a world power (albeit one imposed on it from the outside). And while everyone on the lower rungs of society always looks for a fast way to get ahead, the uneasiness of that moment in history makes it feel all the more urgent. I liked how Kawashima hints at this in sly ways, as when he cross-cuts the marching steps of the foreigner Scotsmen in the street with the Sagami-ya’s owner’s ever-louder chanting of the Lotus Sutra.

The other thing is something we only learn about Saheiji late in the film: he probably hasn’t got long to live, and the movie finds a hide-in-plain-sight way to withhold this information from him (we’re allowed to think he’s just suffering from the same winter cold as other characters). If there’s anyone set to survive the encroachment of the new age, it’s someone like Saheiji. Too bad he may never live to see it come.

Laughs come in at the eye

It’s been said one of the hallmarks of a great chef is how good they are at making nothing more than an omelet. The same goes for a director: if they can just film two people in a room together in a way that captivates the eye, that’s genius. There’s not a single scene in Bakumatsu Taiyōden that wasn’t staged and executed with great creativity, and the best part is how we only tend to realize that after the fact because it’s woven so effortlessly into the actual storytelling. At one point when Koharu and Osome needle each other, it explodes into a fantastically choreographed cat-fight that spans multiple floors of the building and employs a whole slew of props. But it’s propelled by the actors and the drama, not the camera. (Hideo Gosha tried to do something similar in his own movie The Geisha, but only ended up delivering something unintentionally funny, and not even all that visually interesting.)

Kawashima, like the film he created here, is barely known outside of Japan. Alcoholic, outspoken, partly paralyzed since childhood, dead by the age of forty-five of heart failure, he directed no less than forty-six films in nineteen years. Many of them, by his own admission, were potboilers, ground out so that he could find the resources to make a few movies he did care about. Bakumatsu was clearly one of them. He cowrote the film with Shohei Imamura, later to become one of Japan’s great directors in his own right (Vengeance Is Mine, et al.).

Imamura and Kawashima worked together often, but Imamura later admitted he took issue with how Bakumatsu turned out. He wanted Bakumatsu to be more about the rebelliousness of the times rather than about one particular character in it, and his own Eijanaika (1981) was an attempt to create the film he had in mind himself. I’ve seen Eijanaika, and while I admire its anarchic spirit, it’s nowhere nearly as entertaining as a film, or absorbing as a drama, as this is. “Life is one long goodbye” was one of Kawashima’s epigrams, and the last shot of this film — Saheiji running, running, running away from all worldly responsibility for his machinations, and perhaps from life itself, too — is as goodbye as it gets.

This article was originally published on Ganriki. 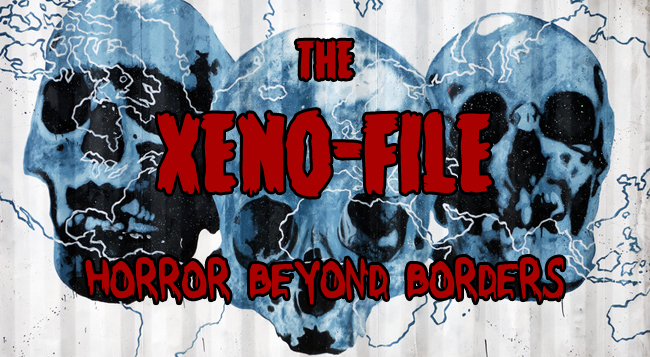