Women in Horror Month (WiHM) is an international, grassroots initiative, which encourages supporters to learn about and showcase the underrepresented work of women in the horror industries. Whether they are on the screen, behind the scenes, or contributing in their other various artistic ways, it is clear that women love, appreciate, and contribute to the horror genre. Psycho Drive-in is joining in by sharing articles – some classic, some new – celebrating the greatest women in the genre!

Some stories just hit you where you live. Whether it’s dredging up some emotional trauma from your past or forcing you to look at a situation you’re still struggling through from a more objective point of view, they take hold of us in ways we never expected. When I downloaded The Monster this past weekend I never expected it to be one of those stories. I was looking for a gory creature feature, something skirting the line between B horror and big budget to take up an hour or so of my time and give me something to write about. I wasn’t expecting a gripping drama about abuse, redemption, and a mother’s love set on a dark stretch of nowhere highway with a terrifying monster lurking at the edge of the woods.

The Monster is the story of Lizzy (Ella Ballentine), a precocious grade-schooler who’s been forced to grow up way too fast and her abusive, alcoholic, woman-child of a mother Kathy (Zoe Kazan), and opens with a voiceover by Lizzy explaining that her mother had always told her there was no such thing as monsters. We start off the film developing a picture of the characters and the world they live in. Kathy is a divorcee who has somewhat reluctantly accepted being a mother, even if it is in title only. She spends the opening scene passed out in bed while her daughter wakes up, fixes breakfast, packs bags for their trip and cleans the house before taking on more maternal responsibilities like waking her mother up so they can start their trip. Lizzy is going to stay with her dad where, it’s suggested, she might actually get to enjoy being a child as opposed to the inverted parental relationship she has with her mother.

What follows on their road trip, and throughout the course of the movie, are a series of flashbacks that show Kathy struggling with her alcohol addiction while Lizzy tries to maintain some sense of childhood innocence as she struggles to survive her mom’s (and mom’s boyfriend’s) alcohol fueled tantrums. As the rain batters down on the beat up old hoopty you’re sort of excited for the little girl to be on her way to what you can only hope is a more stable and loving environment when something obliterates the tire, sending the car spinning into a tree and bouncing out into the road where it runs over a wolf. Yeah, not a dog or a possum or a deer but a freaking wolf! When Kathy and Lizzy finally have their wits about them again after the accident, they get out to check the damage and to check on the animal they’ve inadvertently run over. Kathy pulls a large tooth out of the side of what she is convinced was already a dead animal and despite Lizzy telling her that the tooth is too big to have come from another canine, they get back in the car and call for help.

Lizzy continues to obsess over what could have chased a wolf into the road while her mother obsesses over her injured arm and totaled vehicle. Now, as a man with an emergency service background, what follows absolutely bewilders me but I accept it as part of the overall narrative of the story. The wrecker arrives before the ambulance and, presumably, without a police car ever being dispatched. Despite this cringe-inducing inaccuracy in response to a motor vehicle accident with injuries, I’m going to go ahead and continue with my review rather than ranting about this otherwise inconsequential plot problem. So, the wrecker driver, Jesse, arrives and begins making minor repairs so that he can safely pull the vehicle onto the back of his truck when the monster makes its first clear appearance. Some unholy and evolutionarily baffling cross between a zombified gorilla and a giant bat, the monster wastes no time dismembering the hapless wrecker driver before taking some time to terrorize our mother/daughter duo hiding in their car.

There are two ways this story could have gone. Either someone new could have arrived (say Lizzy’s dad or the cops) and saved our damsels in distress, or they could take matters into their own hands and save themselves, becoming horror movie badasses in the process. I’m proud to say that Kathy’s maternal instincts finally kick in in a big way and not only turn her into a zombie-monkey-bat fighting badass but inspire her daughter to do the same. I won’t spoil the ending for you though I’ll warn you it’s almost as gut wrenching and emotionally crippling as the end of Train to Busan so make sure the tissues are handy. That said, let’s look at our two protagonists a little more.

Kathy has clearly spent her adult life trying to take as little responsibility as possible for her own actions which becomes painfully evident in the series of flashbacks throughout the movie. We see a broken woman who, in spite of loving her child, is so wrapped up in her own addictions and self-pity that she can hardly function without the little girl taking care of her. One cringe-inducing memory sequence recalls a mother-daughter spat where Kathy screams “Fuck you!” at an equally infuriated Lizzy before driving off and leaving the child alone in the driveway. I mean, truthfully, the flashbacks are more difficult to watch than the actual scenes of gore and violence and you have to wonder as Lizzy holds a knife to her passed out mother’s throat in another memory sequence, praying for the woman to simply “go away” if that thing in the woods is the real monster.

Honestly, in any other horror movie, you’d expect them to need some burly rescuer to swoop in and save them in some flashy show of machismo and bad one-liners. But something wonderful happens as the monster makes pass after pass at the mother and daughter hiding in their car. Rather than cower and wait for their own gruesome demise, they decide to fight. The story is as much about a mother’s redemption and forging a bond with her child as it is a horror story, as Kathy puts aside her own lingering doubts and self-indulgent personality flaws to protect her daughter, even at the cost of her own life. Lizzy, meanwhile, is inspired by her mother’s tremendous change and finds herself learning from Kathy’s example how to be brave and strong in the face of overwhelming adversity as she stands her ground against the brutal man-eater. A little girl afraid of the monsters hiding in the darkness looks at the terrifying creature that has slaughtered its way into her life and screams “I’m not afraid of you!”

This is exactly the kind of thing we need to see in movies, especially horror: empowerment. A woman and a child, their relationship and lives strained and at a breaking point, manage to confront and overcome a horrific and dangerous obstacle only to become the heroes they never knew they could be. It’s a beautiful story and a lot of fun. The acting was genuine and heartfelt and there was never once a moment as I watched the drama and terror unfold on the screen that I didn’t feel deeply for both of them. We’re living in a great age for scary movies where the vapid, witless damsel being harassed by monsters has been replaced by the take-charge badass who saves herself from her own demons – literal and figurative. The Monster is streaming on Amazon and is free with Prime so go rent it today if you haven’t already. 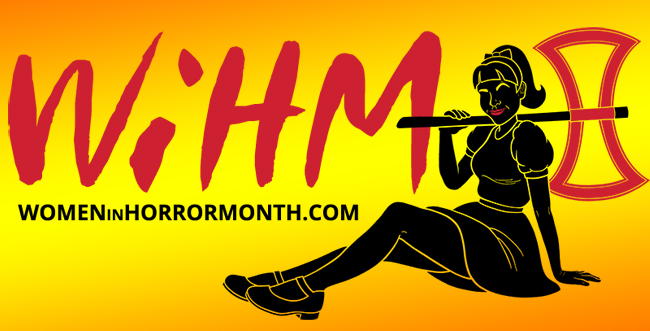