I remember the ads for the original Alien (1979). They were simple, but terrifying…the egg opening (in the wrong place as it turns out) and light shining out. That was all I knew about it at twelve when it first came out because, having a father who reveled in using scary movies to scar me, there was no way I was seeing it while still living at home. It would be another five years before I would watch the actual film, driven to wonder why my male friends couldn’t shut up about the film’s star, Sigourney Weaver. Evidently, her white undies in the fourth act were the stuff of their fantasies.

But I saw something different.

Weaver’s Ripley was unlike anything I had ever experienced. She was a no-nonsense officer on a spaceship in a science fiction movie. The fact that she was a woman is never mentioned in the film. Nor does it seem to undermine her authority with the men who surround her. It’s unclear whether this is a result of Ridley Scott’s intentions or simply the fact that the role was originally written for a man (as all the roles were, though two of them went to women in the end). The one time when her authority is undermined, gender enters into it only inversely: rather than being subject to the emotional pull of helping Kane, who has been attacked by and is still attached to an alien species, Ripley is the voice of male-oriented rationality in insisting that they quarantine the away party. Initially, this comes off as hard-hearted, and we see the actions of Ash, in opening the door, as more compassionate. But in retrospect, of course, as our hero, she was right.

But to put this in the context of the time, two other science fiction properties were also released that year: Star Trek: The Motion Picture and the TV series, Buck Rogers in the 25th Century. Now, I love Uhura. Nichelle Nichols created a hell of a character in her. But until much later in the franchise (and even more so in the Abrams reboot), Uhura was an extraordinary woman caught in an inherently misogynistic atmosphere. And one has only to look at the painted-on Spandex that Erin Gray was costumed in to understand that the 25th century was still reducing women in power to their looks. The depictions were so laughable that Weaver would eventually make fun of them in Galaxy Quest (1999).

But that wasn’t the only way Ripley stood apart from what we were seeing both at the time and when I later watched Alien. Ridley Scott’s film was an unapologetic horror film and regularly places in the top five of many “Best Horror Film of All Times” lists. But despite the fact that she is the only survivor of the Nostromo, and defeats the alien on her own, Ripley is not Carol Clover’s Final Girl. While an argument can be made for her “smartness, gravity, competence in mechanical and other practical matters” as well as her boyish looks and name, this argument is undercut by the context of the film itself: of the two women on board, Lambert and Ripley, both have masculine names, and Lambert’s look is more androgynous than Ripley’s. Lambert appears to be equally competent “in mechanical and practical matters.” And Clover’s last identifier—sexual reticence on the part of the Final Girl—isn’t an issue in the original version of the film. The only scene to deal with sex wisely ended up on the cutting room floor and establishes that Lambert isn’t any more sexual than Ripley.

Neither decorative accessory nor Final Girl, Ripley was one of a kind. And a lot of that came from Weaver.

Because while Ripley is not the Girl Clover describes, she does have a level of androgyny that was and is unusual. In Alien, that androgyny is written into the universe that Ripley inhabits: a fairly bleak existence on a commercial towing vessel where the work doesn’t leave a lot of room for the fripperies of femininity. It’s all about getting things done.

But for Weaver, that androgyny wasn’t tied to the character. It is part and parcel of who she is and what she brings to a role.

In the Ghostbusters franchise, for example, Dana Barrett may be Dr. Venkman’s love interest, but it’s hard to imagine any woman other than Sigourney playing that role. First, she literally becomes an—at best—androgynous character: the demigod Zuul. But as Bill Murray’s love interest, she also has to have a strength of character to match his own. Murray’s personality is so loud (and let’s not pretend that Bill isn’t largely playing himself here) that, for the romance to work, Dana has to be not only strong but free of the insecurities that so often come with being a woman (and which Hollywood loves to play up). We see this most clearly in the second film, where Dana and Venkman’s date is interrupted by his teammates to inform him of the River of Slime. After the guys make their impassioned appeal to Venkman, Dana simply walks off into the restaurant and confidently expects Venkman to follow her—which he does. One does not walk out on Sigourney.

We see it in her other roles as well: Dian Fossey’s stark independence in Gorillas in the Mist (1988) for which she won the Oscar, Katharine Parker’s cutthroat attitude in Working Girl that same year (bringing her two Oscar nominations in 1988), Ellen Mitchell’s pragmatic approach to finding her husband replaced by an imposter Dave (1993). Even in a role like Copycat’s Helen Hudson, her character may be severely agoraphobic, but she still manages to outwit the serial killer several times before taking him down (more in lines with the Final Girl formula).

For tomboys out there like me, having one actress that we could absolutely rely on to represent us meant a lot.

But what meant just as much was what she did off-screen. Alien was Weaver’s first real film (she did six seconds in Annie Hall before the horror film was released). She made $30,000 for the film. By the time Aliens came out in 1986, she was able to make a million for reprising her role (which James Cameron and Gale Anne Hurd all but blackmailed the studio heads into paying in order to get her under contract), and garnered her the first Academy Award nomination for Best Actress ever given to the female hero of an action film. When Alien3 came out, it was with Weaver as a co-producer who chose her own (original) writers and insisted that no guns be used in the film, banking a $4,000,000 salary and a portion of the profits ($2,500,000). For Alien: Resurrection, at an age when most female stars are unbankable (50), she not only made $11,000,000 for the film as actor and co-producer but was able to get her demands met on content, down to the editing process. Sigourney made the Alien franchise (as opposed to the Alien vs. Predator franchise, which is its own beast) her own without compromising her principles.

That’s a tall order for any actor and unheard of for an actress.

Or it used to be. While Sigourney continues–even now in her late 60s–to produce excellent work all over the genre spectrum, her legacy has been even more impressive in the doors that it has opened for other women and female characters in Hollywood. Without Weaver’s influence both on and off the screen, there would be no Sarah Connor. No Bride. No Lara Croft. No Alice. And no Furiosa.

And what a loss that would have been for Hollywood, and us. 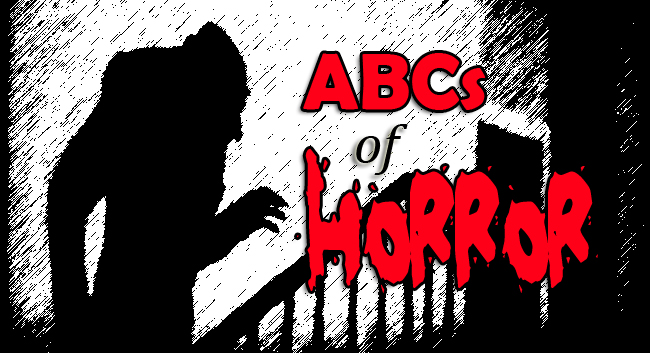